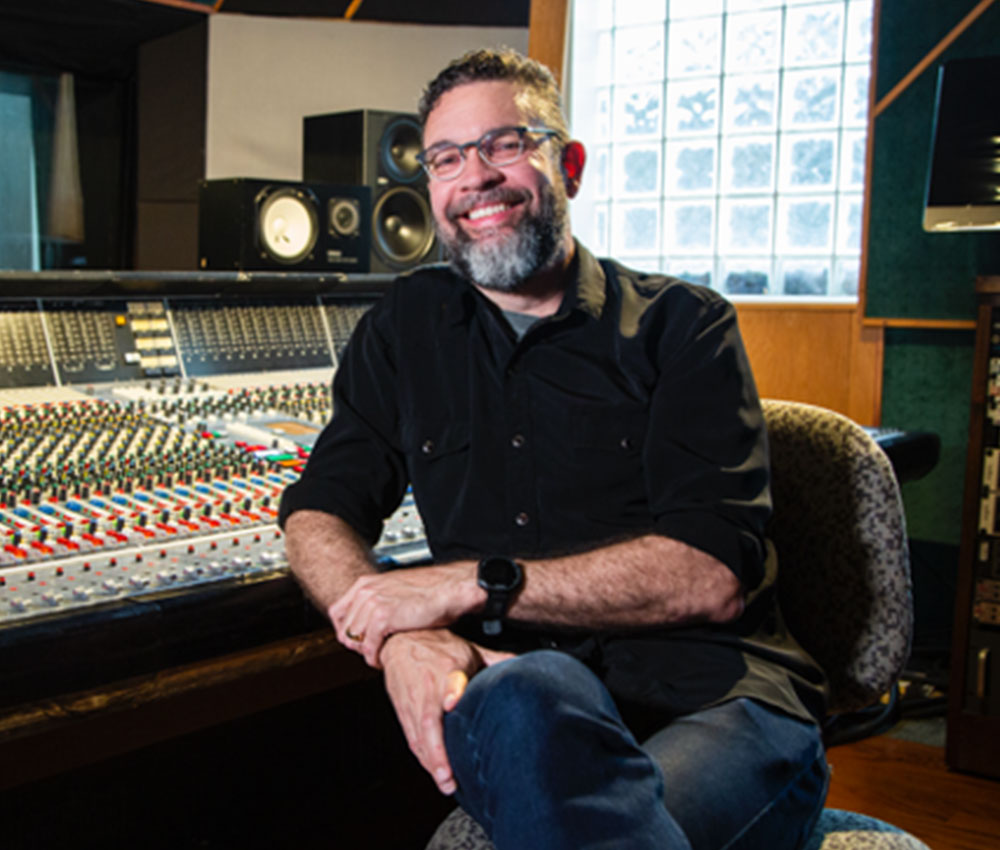 John J. Thompson, creator and host of the acclaimed new True Tunes Podcast, has been championing, challenging, and celebrating faith-fueled art and artists since he was just a kid. He is a speaker, author of several books, pastor, producer, artist, and music enthusiast and served as the Associate Dean of the Trevecca School of Music and Worship Arts and as a Creative Consultant, Writer, Music Supervisor, and Producer for various publishing companies, independent artists, films, websites, and more. He served Capitol CMG Publishing as Director of Creative and Copyright Development for nearly a decade before joining Trevecca, and before that was on staff at the Cornerstone Festival in Illinois. He is featured significantly in the Lionsgate / Kingdom Story film The Jesus Music as an authoritative historian on the ins and outs of Christian and Gospel music and as the Music Supervisor and Historical Consultant for the music comedy film Electric Jesus, via 1091 Pictures and MPX.

and can be found throughout his professional, creative, and ministry-oriented career. “It’s been an amazing journey so far,” he says. “I’m thrilled when I am able to speak into a community, a business, or a project in a way that is inspiring and helpful.” He is also looking forward to the release of his first novel, a “Rock and Soul Fable” about a diverse collection of Nashville characters drawn together across racial and generational divides by the power of music into the power of transformative community. Back On The Porch; The Ballad of the Lost Dogs of East Nashville is ready for release and currently being considered by several potential publishing partners. An update to his 2000 book Raised By Wolves; The Story of Christian Rock and Roll is also in progress.

In 1989, at the age of 19, Thompson founded True Tunes Etc, in Wheaton Illinois, a music store, magazine and concert venue, while simultaneously cultivating his songwriting, performing and worship-leading skills in his band, The Wayside and serving as a youth pastor, worship leader, and speaker at dozens of churches and youth events around the Midwest. After leaving True Tunes in 2000 Thompson accepted a position with the Cornerstone Festival, scored a ballet for a local Christian dance school, produced several records, hosted a weekly radio show on XM’s Christian Rock channel “The Torch” and wrote Raised By Wolves – all while serving as a pastor at Warehouse Church, an inner-city ministry in Aurora, Illinois. “For me everything bled into one,” he explains of his varied resume. “Whether it was leading worship or preaching at church, speaking at a college, writing, or working with big music companies, or playing with my band in a pub, I thrive wherever faith, art, and people intersect and nothing gives me more satisfaction than connecting folks and unleashing vision.”

Throughout his sojourn in the music business Thompson built a solid reputation as a music critic and feature writer for many publications including CCM Magazine, HM Magazine, Christianity Today and Christian Musician. He created and hosted numerous radio shows and podcasts and has been a featured guest on many others. He is currently a contributor of music and film reviews for www.ThinkChristian.net and is a regular speaker at colleges, churches, songwriting events and festivals. He proudly endorses the work of VisionTrust.org and serves the growing aid organization as a special consultant and artist representative.

Thompson recently re-launched TrueTunes.com, a website and podcast that he originally opened in 1989 as a record store, concert venue, and magazine. “This time around,” he explains, “True Tunes is about equipping and inspiring artists and creatives to function in any space, as much as it is about curating interesting, spiritually relevant music for a thoughtful audience. We’re all about searching for, and celebrating, the good, the true, and the beautiful, wherever we find it. We want to listen to better music, and listen to music better, and we do that through music reviews, interviews, and playlisting, as well as helping today’s songwriters and artists to find their voice in today’s context.”